Have It Your Way 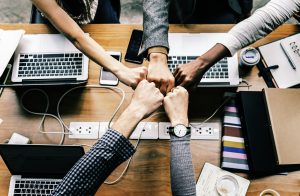 In truth, nobody could stand being crammed at the same table.

Have It Your Way.

Said nobody, ever, in the workplace.

Even so, employee engagement is a huge deal. Companies looking to operate around a dependable, permanent core talent base need to figure out how to engage and retain that talent so they can initiate a culture of innovation.

Lack of engagement is a huge problem in Australia, too. Research indicates less than a quarter of employees feel involved with the nature of their work and the place in which they do it, resulting in a critical net loss of current and future innovation for the economy.

Back up a moment.

That means over three-quarters of people who show up for work do not feel personally invested in being there. It’s a ‘clock in, clock out’ mentality that totally avoids the notion that our daily working lives can have meaning. Instead, it’s just ‘the daily grind’.

A sense of personal engagement with place comes with a certain level of control over that environment. Otherwise, it’s simply an inert destination you arrive at, function within, and leave untouched. There is no personal integration, no imprint of self, and while that may sound utterly minimal and mentally clean to some, it doesn’t encourage people to act comfortably as themselves.

Designing for everything implies consideration for a number of working states an individual may need to reach. If the impediments are removed that mandate certain design features as having single-use factors, then we can bring a level of flexibility into the workplace that allows people to use as required. A great example is the traditional conference room, designed to accommodate a specific number of occupants for a specific type of meeting. Use it for two people and it feels monolithic, over-equipped, and out of its use context.

Instead, consider a mixed-use space with varying modes of sitting, some hard, some softer and relaxed. Surfaces are not exclusively ‘tables’, rather a blend of stand-up level bars that encourage brief conversations, or lowered surfaces that point to settled personal use during periods of focussed, comfortable intent.

The point is to mix things up and not assume what is required. In this sense, we are considering a mix of most of the office layouts that have been experimented with for several decades.

The key to such an undesigned approach to interior workplace design is our ability to work via more portable technologies. Yes, a straight back and perfect poise made for an effective typist, but modern laptops and gesture-based devices open up the possibilities to use them in more physically interesting ways.

And this is where employees can start to formulate a sense of engagement since the most egregious form of exterior control is making you work in a single prescribed manner. Instead, discovering one’s own ways to achieve ergonomic comfort allow people to keep in touch with their rhythms. It’s a healthier, more pragmatic approach to working that can reduce the negative effects of prolonged bodily inactivity while seated at a traditional desk for hours in a row.

Such autonomy over such simple aspects of the day can create a meaningful difference. Providing a flexible environment with multiple use options lets humans decide how they want to be themselves, and that control brings work tasks into sharper focus. If people are at ease enough to find their own jive while not being judged for doing so, then the stresses of collaboration, constant interaction, and segregation by titles and hierarchy start to diminish.

Most worryingly, if your people aren’t even ‘on board’, then where is the ship actually sailing?

A Sense of Place

If where we work is to be engaging, then it simply means it’s somewhere we want to spend time. Sitting for eight hours in an emotionally sterile, artistically vacant and drab environment may induce short periods of focus, but will never foster creativity. Alternatively, moving around a stimulating environment, able to flex one’s body and interact with the space while working will.

Previously, when singular focus was required for repetitively mundane tasks, the interior architecture and design were of a lesser importance. However, since the variety of our working tasks has evolved, it has become necessary to develop environments that nurture the potential for independent ideas to intermix and spark with other ideas, giving us the necessary conditions to innovate in ways that keep companies competitive.

It all sounds dramatically similar to the primordial soup, the perfect storm of biological conditions that collided, as is suspected, to spark the formation of cellular life.

Perhaps the workplace requires a little less drama, but It helps to view it not from the perspective of pure business needs, rather the emotional requirements of humans. When these needs are met, people can access certain emotional states that are necessary to accomplish different kinds of work.

We are looking to create a habitat.

If an individual is hired based on respect for the skills they bring to the table, then that respect should translate into providing the right environment to let those skills flourish. This is not pampering, but ensuring the habitat they occupy each day provides more than one way to work.

For example, clustering five people around a single table in a small room promotes conversation and collaboration, but for extended periods of time is overstimulating. If one person decides to create movement and noise, all must partake. It’s a singular default setting that, while having credible aspirations to keep creativity simmering, denies access to calmness and real introspection.

People may exhibit certain predominant characteristics, but we are all multifaceted creatures. Sometimes we sit in group situations craving quiet, yet other times we may work in perfect stillness at home, desperate to run out the door and find companionable noise.

In short, people need it all.

The most logical way to appease the needs of a diverse team of humans is simply to not design for everyone, rather by letting them mould the environment themselves to their own requirements. And that means designing as simply as possible.

Designing around humans is simply more meritocratic, and once people feel valued for their abilities they will develop a sense of engagement not just with the place, but with the work that brings them there. 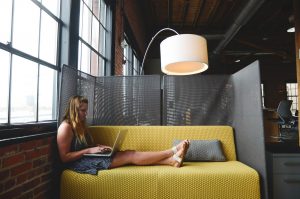 A considerable and considered improvement.

Workplace productivity- how to get it.

Great interior design is when you make people feel comfortable in a space or spaces, giving them an unforgettable experience,...

Light and Lighting- the most important consideration in every design space.

Lighting, both natural and artificial is the single most important thing to consider in the design process, for both function...

If it’s ‘Ugh’, it’s not starting well. Maybe it should start another time?   Stop the Clock Chronobiology is a fascinating thing. To distill...